If all these people were busy imagining the world evolving into something better.

Just imagine what would happen if we ALL worked together.
Posted by Gayle McCain at 5:14 PM No comments:

Forest of Mists by Gayle McCain 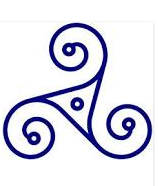 It's the Company on the Journey

Forest of Mists - A Fantasy Novel

Magic gone awry. Villagers missing. Jealousy and vengeance. A kingdom in uproar. Something had to be done. Nia was kind, good and loved the Forest. And she could do a little healing magic. However - she made a single mistake - she married her childhood friend, Michael. Their marriage was short as a childhood rival lured him away and vindictively cast a spell that damaged the magic protecting the Forest of Mists.
Coming Soon on Kindle

KIVI and the Lizard People

Curl up with your little one and a softbound print Kivi and the Lizard People...

Gayle McCain
I'm embarking on a new adventure... I'm graduating from Chiropractic College... AND I still write some. I have novels, children's books, self-help, short stories, and a few Tweets. I give unsolicited advice, hugs, and encouraging words to... well... everyone. Remember - like diamonds - it is our 'flaws' that make us so precious.